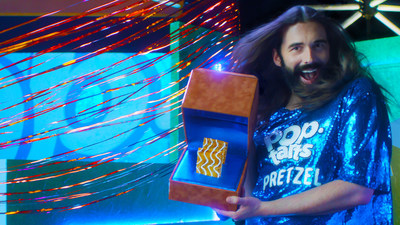 The all-new 30-second commercial, titled "Pop-Tarts Pretzel JVN-fomercial," will air after the first half's two-minute warning during the second quarter on Sunday, February 2. Fans can get a 'first taste' by watching the full ad HERE.

In the ad, the makeover star morphs into an infomercial pitch person inviting fans who are "struggs to snack" to ditch boring pretzels and try all new sweet and salty Pop-Tarts Pretzel. Available in Chocolate and Cinnamon Sugar, the spot will entice fans to look down at their own plain, pretzel bowl during the Big Game and question why it isn't a Pop-Tarts Pretzel toaster pastry instead – and forever making them re-think plain, 'just salty,' pretzels and snacks.

"What makes Pop-Tarts such a fan favorite is the ingenuity at the heart of the product," said James Wood, head of creative with MRY. "Infomercials are a tried-and-true format for launching new product innovations, so we wanted to create a self-aware infomercial that lived up to that ingenuity. Our priority was to work with a genuine, outspoken fan of Pop-Tarts, and Jonathan has more than proven his fan cred."

SWEET SURPRISES FOR FANS DURING THE BIG GAME
The spot airs during the game after the first half's two-minute warning, and immediately following, Pop-Tarts will extend the game day fun for fans with the "Pop-Tarts Pretzel Drop" –  a LIVE giveaway where fans following @PopTartsUS on Twitter have the chance to win a box of Pop-Tarts Pretzel accompanied by a variety of Pop-Tarts themed prizes. These include a Sequin Crop-Top like the one worn by Jonathan Van Ness in the advertisement, and Pop-Tarts apparel with nostalgic appeal like fanny packs, scrunchies and other branded gear.

Fans should follow @PopTartsUS on Twitter, tune in, and participate in the livestream for a chance to win. Rules and additional details can be found HERE.

"I've been the biggest Pop-Tarts fan since I was knee high to a pig's eye through when I was a high school and college football cheerleader – and now to be a part of the Pop-Tarts Big Game commercial debut can only be summed up in one word, 'gorgeous'!" said Jonathan Van Ness. "And others will be able to look as stunning as I did in the spot – Pop-Tarts created more totally amazing sequin crop tops for lucky fans to win. They'll definitely look like a snacc in it while they're enjoying a sweet and salty Pop-Tarts Pretzel."

At Kellogg Company (NYSE: K), we strive to enrich and delight the world through foods and brands that matter. Our beloved brands include Pringles®, Cheez-It®, Special K®, Kellogg's Frosted Flakes®, Pop-Tarts®, Kellogg's Corn Flakes®, Rice Krispies®, Eggo®, Mini-Wheats®, Kashi®, RXBAR®, MorningStar Farms® and more. Net sales in 2018 were approximately $13.5 billion, comprised principally of snacks and convenience foods like cereal and frozen foods. Kellogg brands are beloved in markets around the world. We are also a company with Heart & Soul, committed to creating Better Days for 3 billion people by the end of 2030 through our Kellogg's® Better Days global purpose platform. Visit www.KelloggCompany.com or www.OpenforBreakfast.com. 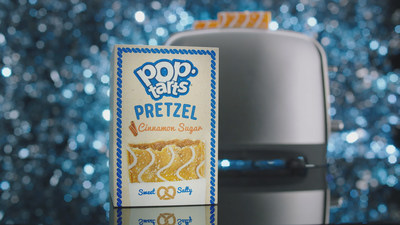 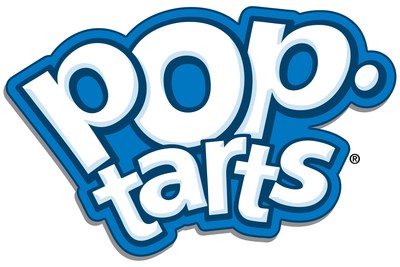